Nowadays, due to the easy availability of internet, it is possible to acquire various skills at home. Cotard Limited has recently added to this promising sector.

The name of the successful entrepreneur of the online training organization. Aftab Uddin.

Aftab Uddin spent his childhood in a small village called Bhabanipur in Bogra. He finished his school life in Sherpur.

Ever since I was a child, my dream was to become a hacker and an engineer.

And for hacking you have to learn programming first. Go online or go to a cybercafe and try as much as you can.

After finishing secondary school, he came to Dhaka to study engineering and enrolled in computer science at United International University,

a private university. Seeing his interest in programming, he  added as an instructor.

In this way, a kind of hunger was born in this sector from childhood. Finally became a successful entrepreneur.

Recently, Aftab Uddin shared his success story with the media. He said, ‘While studying at the university,

I started my own company called Cotord Limited, whose four affiliates are Cotard IT, Cotard Software,

Nazerik Digital and Aftab Digital Media. Then my tendency comes with mobile app.

I participated in various programming competitions. Many clients added at home and abroad. Nazerik Digital, 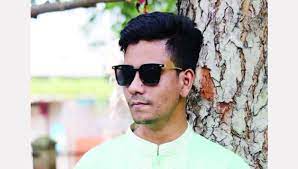 which has saved Bangladeshi netizens. There are a number of initiatives to prevent harassment,

starting from social media, which are very popular with people. Then we don’t have to look back. ‘

“I had a company center called Cotard Limited.

But when Corona stopped everything I thought what can done? Since I was a trainer since childhood. I like to teach.

That’s why I created an organization called ‘Nazerik Digital’ during the lockdown,

which focuses on digital marketing that  launched just three months ago, with more people now on the online platform.

Interestingly, the students gave me the title of magician.

I have kept the course fee in name only,

so that even low income people can develop their skills by doing these courses.

It  also monitored round the clock through Facebook groups. My dream is that the people of Cotard Limited and

Nazerik Digital will stand on their own two feet and do something on their own merits without relying on anyone. ”

‘I don’t think following someone is the key to success. Whether I was able to go beyond yesterday’s work,

whether I was able to do a little better than the previous project – that is the main thing for me. In particular,

I have looked at whether it has contributed to a change in the quality of life of the people.

I focus on whether or not I have contributed to any change in people’s quality of life, “he added.

Aftab Uddin said that besides Cotard Limited, there are four more initiatives recently.

Of these, ‘Quoted IT’ has received a huge response from the public for its services.

It become very popular in Bangladesh. This company can understand all the languages ​​of the world.

The entrepreneur added, ‘It is important to look at the service first. So that any training is adequate, so that people benefit.

We need to make sure that people do not hesitate to provide services. Piracy has had a devastating effect on e-learning.

E-learning is going to be a very big industry in Bangladesh in the future. But piracy is not working properly.

The ICT department of the government of Bangladesh must come forward jointly to prevent piracy.

If you want to survive in this potential sector, there is no alternative. ‘🔱