The top leaders of the Republican Party have reacted angrily to the search by the intelligence agency FBI at the Florida home of former US President Donald Trump. They demanded the intervention of the Biden administration in the investigation of the incident. However, the White House said that President Joe Biden was not aware of the search of Trump’s house in advance.

Former US President Donald Trump’s supporters took to the streets Tuesday (August 9) with flags to protest the FBI search operation at his Florida home. They consider what has happened to Trump as ‘abuse of power’.

The top leaders of the Republicans in Congress also reacted angrily to the incident of the search. There have even been calls to remove Attorney General Merrick Garland for abuse of power.

In a statement on Twitter, the Republican leader of the US House of Representatives, Kevin McCarthy, expressed anger and said, “The Judiciary has reached an unbearable level under the grip of aggressive politicization.” 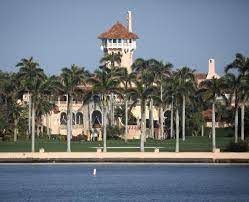 Another Republican leader in Trump’s support has raised the demand to defund the FBI. He also remarked that the law enforcement agencies are being used to ‘destroy’ political opponents.

Meanwhile, US President Joe Biden was not aware of the search of Trump’s house in advance, according to the White House. “President Biden believes in the rule of law and the independence of the judiciary,” White House press secretary Karin Jean-Pierre said at a press conference on Tuesday. The judiciary has launched an operation to secure their freedom.

Earlier, it was reported that the search was conducted due to the investigation related to the management of Trump’s official documents. According to the National Archives, 15 boxes were recovered from Trump’s Florida home, Mar-a-Lago. Some of these boxes contained ‘highly sensitive’ confidential documents.