New research has revealed how the ancient Egyptians were able to build the giant pyramids thousands of years ago.

This information is known in a report published by CNN. A team of researchers led by geographer Hadar Shisha of the University of Aix-Marseille in France used paleoecological clues to determine what helped the 8,000-year reconstruction of Egypt’s Nile River. They researched how the pyramid architects used and extracted the building materials they used.

Proceedings of the National Academy of Sciences revealed these facts in a survey on August 24. According to the study, the high water level of the Nile facilitated the construction of the Giza pyramid complex 4,500 years ago. The Great Pyramid is about 455 feet high and was commissioned by Pharaoh Khufu in the 26th century BC. At that time 5.75 million tons of stone blocks were used in its construction. 16 times more material was used than the current state building. It is important to know how their innovative construction methods are possible.

Use of currents like hydraulic elevators
Scientists have long said that the ancient Egyptians must have harnessed the flow of ancient branches of the Nile to build monstrous structures. Nile rivers were used to move the limestone and granite required for this work. This explanation is known as the fluvial-port-complex hypothesis. Ancient Egyptian engineers cut and dredged a small canal through the river’s flood plain from the pyramids to the Khufu branch of the Nile. It worked like a hydraulic lift during flood season. With this they used to move huge blocks of stone from one place to another.

The research team found that a combination of techniques was used to restore the Nile floodplain. They said Egyptian engineers used the now-dry Khufu branch of the Nile to move construction materials to the site of the Giza pyramids. Researchers observed ‘core rock layers’ in 2019 to estimate water levels in the Khufu branch thousands of years ago. They identified plant-rich areas by examining fossilized pollen grains from Khufu clay. The research results there prove that the Khufu region was quite arid during the early days of the Old Kingdom of Egypt, i.e. between 2700 and 2200 BC. And as such, the construction period of the three pyramids is also the same. During the reigns of Pharaohs Khufu, Khafre and Menkaur, the water level in that branch of the Nile was quite high.

Khufu’s branch from the Third to Fifth Dynasties clearly created a favorable environment for the rise and development of pyramid construction sites, the research team said in their article. This makes it easier to transport stones and other materials by boat. But between 525 and 332 BC the water level of Khufu decreased to a dry stage. Again, a mummy is analyzed to determine the oxygen level of its teeth and bones. After that experiment, the researchers agreed that the water level was very low at that time. 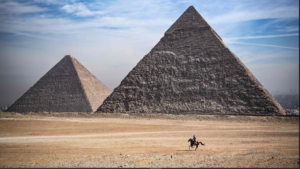 When Alexander the Great conquered Egypt in 332 BC, the Khufu branch was like a small canal. However, researchers agree that ancient engineers used the Nile River and its flood to build the pyramids, overlooking the flood plains. It also proves that the former Khufu branch of the Nile was high enough to transport huge blocks of stone. And it is because of this process that we see the historic pyramids today.

Influences the past and the future

Classical historian Joseph Manning of Yale University called the landmark study an example of how it is fundamentally changing our understanding of paleoclimatology, or human history. He said, ‘We indicate that human society has become more realistic and more dynamic over time.’ These new techniques allow archeological studies to allow scientists to learn more about societies thousands of years ago. These studies are very relevant to the way our civilization is evolving in today’s era. Smart digital products: Work from home even in the office 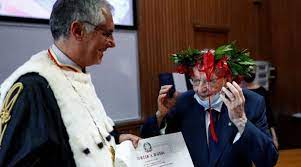