JK Rowling, the author of the popular fiction series ‘Harry Potter’, has received death threats for condemning the attack on British writer Salman Rushdie. He said that he has been threatened to kill him on the social media platform Twitter.

Earlier, Indian-born British author Salman Rushdie was attacked on stage at a literary forum in New York on Friday. A 24-year-old man named Hadi Matar from New Jersey attacked Salman Rushdie with a knife. Salman Rushdie, the Booker-winning author who was attacked, was taken off ventilator a day later. Besides, after being injured in the attack, he is able to speak again.

JK Rowling has come under fire for her comments on the rights of transgender people in the past. The popular writer tweeted on Friday condemning the attack on 75-year-old Rushdie. In the tweet he wrote, terrible news. Feeling very sick right now. I hope he is healthy.

A user wrote in the comments section of this post, ‘Don’t worry. You are the next target.’

This user hailed Hadi Matar, who attacked Rushdie, as a ‘revolutionary Shia warrior’ on Twitter 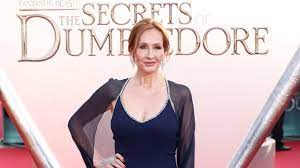 Thanks to everyone who sent messages of support, Rowling wrote. Police are already involved in this incident.