About 15,000 nurses in the US state of Minnesota have started a strike. They started the three-day strike to demand higher salaries for healthcare workers and better recruitment of workers to address the manpower shortage.

These nurses who started the strike are working in the private sector of the state. Reuters and Al Jazeera reported this information in a report on Tuesday (September 13).

Nurses at seven health care systems in Minneapolis and Duluth walked off the job Monday, according to reports. They shouted slogans in favor of the strike and carried some placards. It had messages like ‘Patients Before Profits’.

According to a spokesperson for the Minnesota Nurses Association (MNA), the strike is scheduled to last through Thursday morning. The organization is coordinating the move to go on strike by nurses and said the strike would disrupt healthcare at 16 hospitals.

The union said it had been negotiating a new contract for more than five months and nurses had been working without a contract for several weeks. 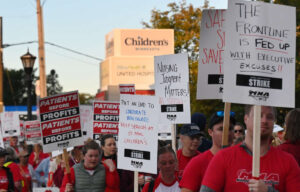 The union’s negotiating team said in a statement that hospital executives have already effectively turned nurses away after refusing to address the hospital’s staffing crisis.

A trained mediator can help conflicting parties focus on the key elements needed to move forward together, the group says on its website. However, the nurses’ union has rejected all our requests for mediation.’

The Minnesota Nurses Association says the ongoing strike is believed to be the largest in US history. The strike brought to the fore the ongoing problems faced by US health care workers, such as low pay and staffing shortages.

According to data from the US Bureau of Labor Statistics, the coronavirus pandemic has exacerbated the health care workforce and the US sector has lost nearly 37,000 workers since February 2020. 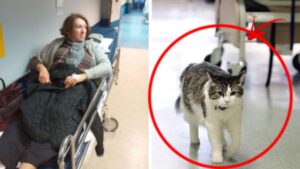 The cat that predicts death!