A terrible earthquake has struck the Pacific island nation of Papua New Guinea. Many houses and properties were damaged in the earthquake. Panic spread among the residents. Its magnitude was 7.6 on the Richter scale.

The incident took place in the eastern part of the country on Sunday (September 11) morning. Al Jazeera said in a report that 5 people were killed at this time.

Reuters reported that the epicenter was 61 kilometers (38 miles) underground, 67 kilometers from the city of Cainantu. The extent of damage and the exact number of casualties in Sunday’s earthquake is yet to be known. No official information has been released.

Two people were killed in the remote mountain village and four others were airlifted to hospital in critical condition, local MP Casey Swank said, Al Jazeera reported. He said that three miners were buried alive nearby.

Casey Swang said the earthquake caused extensive damage, with houses buried in many places and a village isolated. 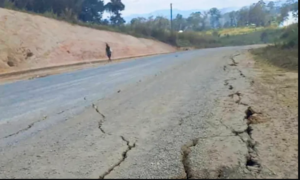 Prime Minister James Marape said the earthquake was very terrible. He urged people to be vigilant. But he hopes the damage will be less than the 2018 earthquake. At that time, hundreds of people lost their lives and thousands of houses were damaged in the country.

According to the United States Geological Survey (USGS) survey, the earthquake struck Kainantu city in the eastern region of the country. They issued a tsunami warning for this earthquake. 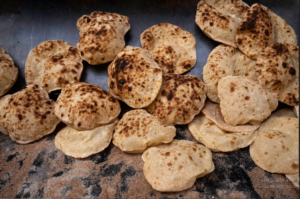