Former US President Donald Trump has accused the FBI of stealing three passports.

He made this complaint after the US intelligence agency searched his Florida home.

The discussion about the former US President Donald Trump does not stop in any way.

Last Monday, he came to various media headlines after the US intelligence agency FBI raided his Mar-a-Lago residence in Palm Beach, Florida.

On Monday, in a message on his social media platform Truth Social, Trump said that the FBI had stolen three of his passports. One of which has expired.

Apart from condemning such attacks on political opponents, he termed the search as fraud and political oppression.

Meanwhile, Republican lawmakers have demanded that

Donald Trump’s Florida home be raided and revealed to the public. 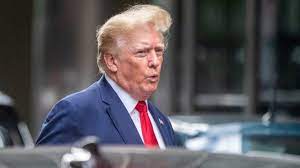 They say that specific facts and complaints are necessary to conduct this unprecedented operation.

They even wanted to know the specific reason for confiscating documents from the house of a former president.