Complications have arisen over the case of two people killed in the first road accident in the middle of the Padma Bridge.

Although there are two new police stations at both ends, the 2.40 km road in the middle of the bridge remains out of their reach.

It is about 22 km away in Shibchar police station in Madaripur.

Hundreds of vehicles are plying on the Padma bridge

day and night after winning the dream. Various incidents are also happening on the bridge road.

With these considerations in mind, two new police stations  set up at both ends of the bridge to maintain law and order.

Dividing the union boundary into two,

The Padma South police station on the Jajira side of the bridge covers 1,350 meters from poles 33 to 42. But the responsibility

the jurisdiction of the two police stations.

The area in the middle of the river falls under the Shibchar police station of Madaripur.

But the distance from Shibchar police station to Jajira end of Padma bridge is 16 kilometers. After that, crossing the area of

​​Dakshin Thana and seeing the law and

order of the poles number 32 to 16 of the bridge is a difficult challenge for Shivchar. 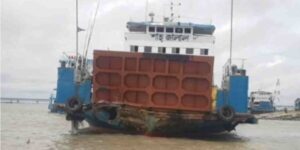 He also inaugurated these two police stations himself. From here we must try our best so that no one  deprived of our services.

Two youths  killed in a motorcycle accident on the day the bridge opened.

The accident site is under the jurisdiction of a police station.

Both the north and south police stations of the bridge say there is no opportunity to go beyond the border.

In the end, the road accident was the first unnatural death case of Padma North police station.

all incidents that take place in the area from pole 33 to pole 42 to maintain law and order.

Alamgir Hossain said the accident happened due to overdriving himself and he died at Dhaka Medical College.

The caselater referred to him in the wake of a written complaint from his relatives.

Apart from the police, the security of the bridge has  secured by the Army,

Coast Guard and Naval Police under the bridge. However, the police will look into the case related to the law and order of the bridge.🔱 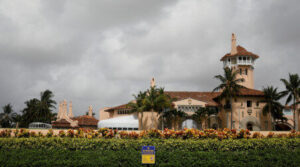 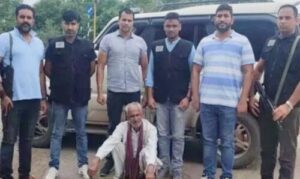